Feast Your Eyes on this... 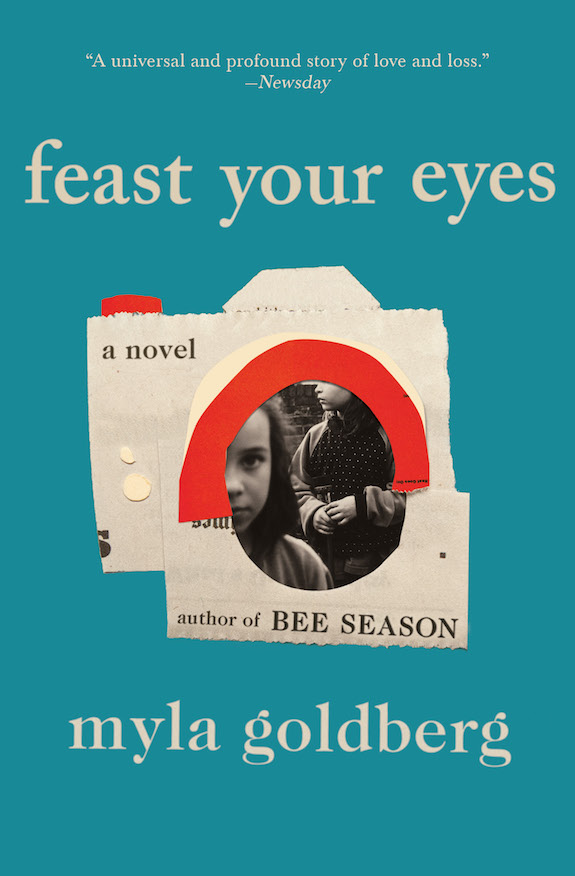 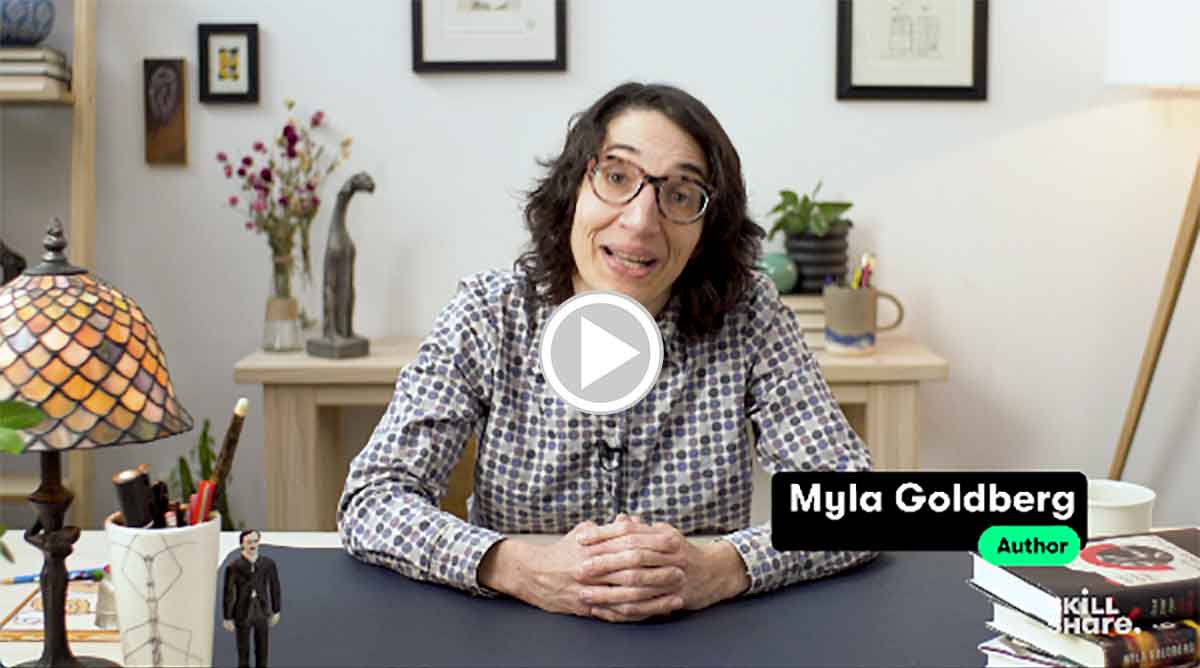 New for this spring

Take a class with Myla on Skillshare! 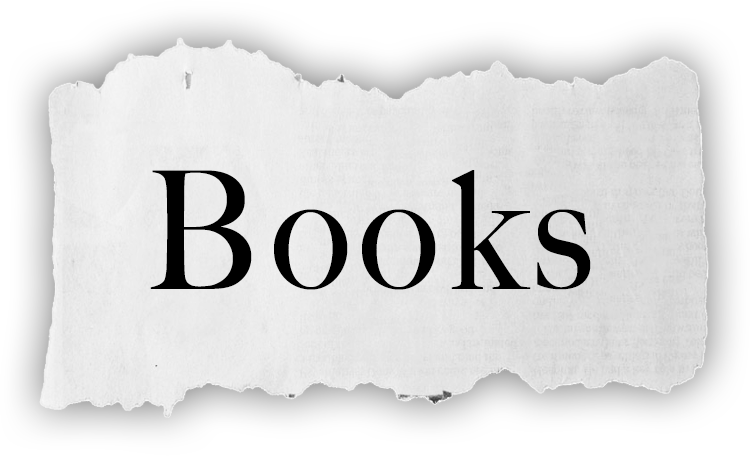 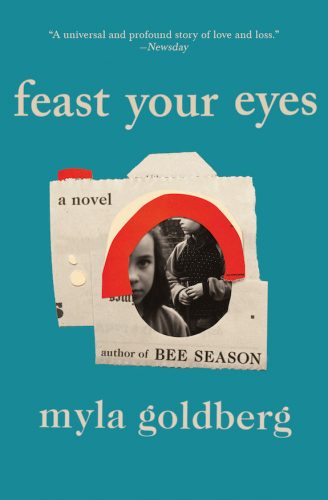 “With cleverness and imagination, vivid historical detail and great heart… Feast Your Eyes becomes a universal and profound story of love and loss.”

“Goldberg offers a searching consideration of the way that the identities and perceptions of a female artist shift over time.”

“This is an unflinching, deeply moving portrait of the artist, and a bravura performance in and of itself. I loved this book.”

— Joshua Ferris, Then We Came to the End 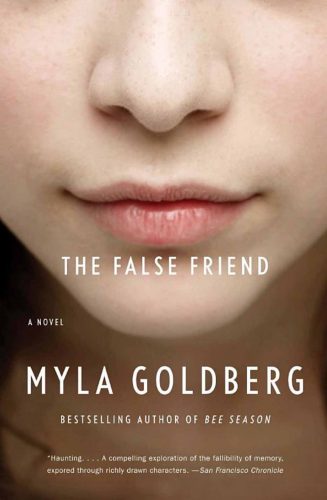 “Not since Margaret Atwood’s Cat’s Eye have we seen such a precise and haunting portrayal of girl bullying. With uncanny pitch and tenderness, Goldberg captures both the passion of female friendship and its most savage rite of passage. Both girls and adults will find solace in this gem of a novel.”

— Rachel Simmons, Odd Girl Out: The Hidden Culture of Aggression in Girls

“The False Friend is a riveting read, both compelling and richly satisfying.” 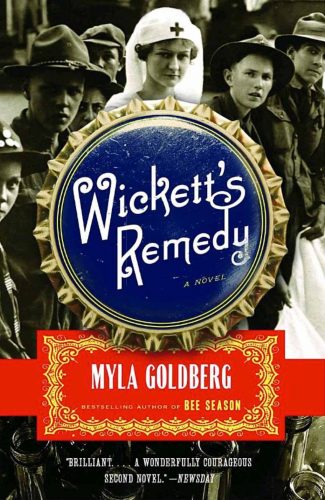 “Her second novel is of a piece with [Bee Season] in its invention and stylistic skill. . . . A warmhearted, unusual and intelligent consideration of a world about which few people know.”

“Remarkable. . . . A historically credible account of the period just after America entered the First World War, when ‘the Spanish Lady’ laid waste to Boston and much of the rest of the country.”

Listen to the All Things Considered interview with Michele Norris.

Listen to the Bookworm interview with Michael Silverblatt. 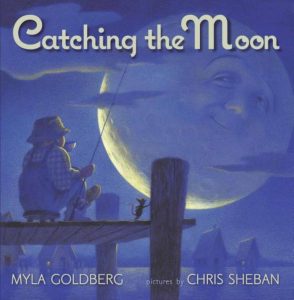 “This is one of my top five favorites for children. The words are poetry, and the story is filled along the way with implied lessons. Beautifully, beautifully written.”

“I read [this book] to my daughter every night for bed. She loves the man in the moon. So I used that to help her deal with my deployment. I told her that any time she wanted to talk to Mommy, she could tell the man in the moon what she wanted to say, and he would tell me…Now, while I’m gone, I look up to the moon each night that he’s in the sky and smile, talking to my little girl before I go to bed.” 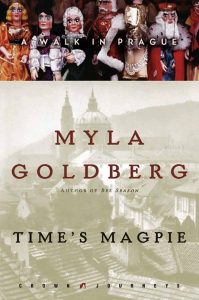 “It’s nice to travel with a novelist: Goldberg’s language is lush and evocative without sinking into dense or mannered descriptions….Her forays…make even those who have spent time in [Prague] pine for a return ticket.” 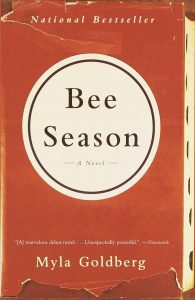 Over 500,000 copies sold
Adapted to film and widely translated

“A gripping portrait of a family…Goldberg is a terrifically smart, acutely talented writer.”

“A sad, lovely and generous novel.” 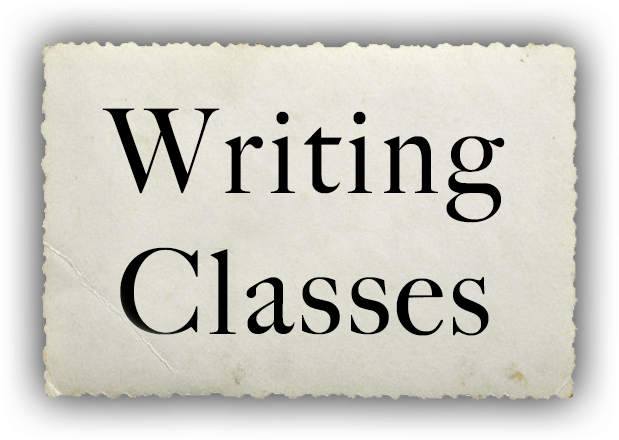 I don’t know about you, but every time I find myself staring at a blank page, all that whiteness looks so vast and impenetrable. That’s why I came up with Creative Bootcamp. Whether you’re a seasoned writer, new to writing, or somewhere in between, Creative Bootcamp will feed your brain new foods, pull your imagination in new directions, and give you the chance to explore the creative interplay between internal and external, where story ideas are formed. Creative Bootcamp is an online course filled with writing exercises, craft-centered observations and conversations that are equally good for helping you start something new or getting you out of a creative rut. Curious? Visit me on Skillshare to learn more! 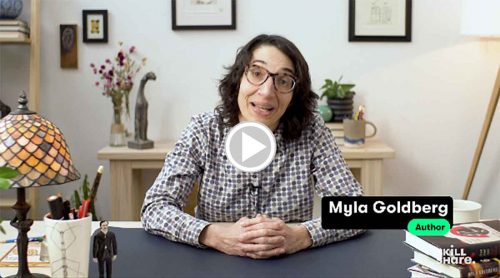 Keep writing with Fiction Workshops, in person or online.

Writing is a lonely business, but it doesn’t have to be…at least, not all the time. Having people to bounce ideas off of and get writing feedback is an essential aspect of writing life. That’s where my fiction workshops come in. I offer workshops online and in the NYC area throughout the year, modeled on the classes I’ve been teaching for over 10 years at the MFA programs of Brooklyn College, NYU, and Sarah Lawrence. Designed for writers looking to receive constructive and specific feedback within a supportive and engaged community of their peers, participants range in age from twenty-somethings to sixty-somethings, and represent various experience writing levels and interests, from flash fiction to the novel.

Read what some of my workshop students have to say:

“Hi Myla: I just wanted to share some good news with you. This morning, Michigan Quarterly Review accepted the story I was talking about last night (the one I couldn’t get published)… I have you to thank. I took all of your notes with me to the Vermont Studio Center last summer and worked on the story around the clock. So, thank you!”

“You’re such a great editor/mentor, really the best I’ve ever had in over 30 years of publishing books. I’m so grateful I found you.”

Whether it’s a craft talk at a high school or college campus, a glimpse into the writing life at a library book club, or a behind-the-book talk at a museum, convention, or JCC, Myla uses humor, energy, and wit to engage audiences of all ages and sizes.

Educators take note: Bee Season has been named an Outstanding Book for the College Bound by the American Library Association and has been used for city-wide book discussions and college courses as well as required reading for incoming college freshmen. 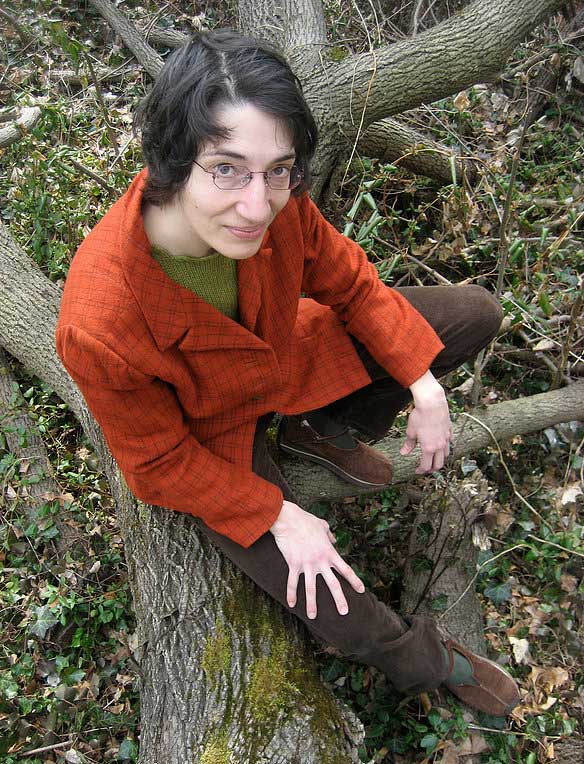 "There is one word going around the office today: perfect. Last night’s master class with Myla was everything we could have imagined and more. Myla: you were so generous with your insights and wit. There was an electricity in the room: the audience was hanging on your every word. I know everyone walked away inspired and wiser."

“Members of the book club and the students in my classes as well as the other students who attended the reading enjoyed meeting you--immensely! A student I didn't know told me after the reading that the flyer announcing your campus visit stopped her in her tracks; she couldn't believe Myla Goldberg was coming to our little campus! Thank you for your generosity, for sharing your time, talent, and experiences with us.” 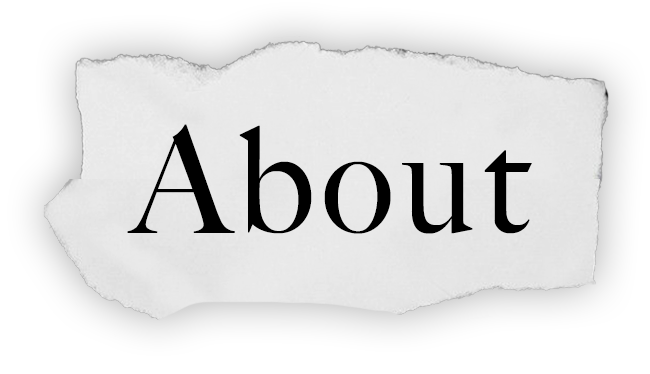 Myla Goldberg is a bestselling novelist whose books have been named finalists for the National Book Critics’ Circle award, the Carnegie Medal, the Hemingway Foundation/PEN award, the NYPL Young Lions award, and the Barnes & Noble Discover award.  She writes and teaches in Brooklyn.

A Song (with eternal gratitude to The Decemberists)

An homage  to Myla’s home state of Maryland, followed by her performance of its state song, with musical accompaniment by members of The Decemberists, recorded live during Wesley’s Stace’s Cabinet of Wonders.

Going for the Orange Julius

On Being Photographed by Richard Avedon

On the Brothers Quay and Bruno Schulz

On Renée French and Chris Ware

On Pinball, Bee Season and Starting Out as a Writer

Ode to a Bubble Blower 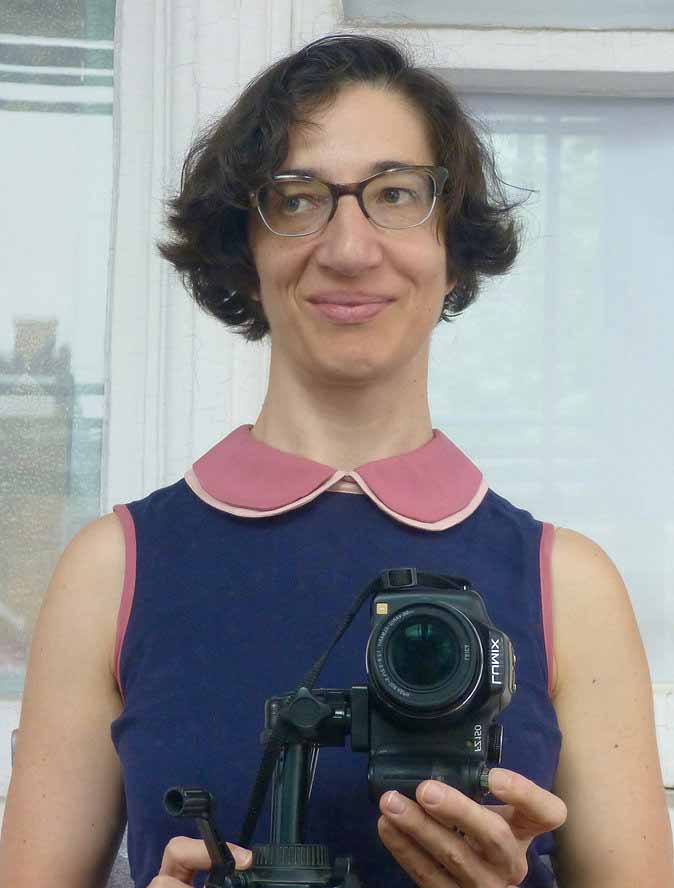 I’m a writer-type.
Keep me posted about